Why I Joined ANWA - Comments From a Newbie

For those of you who don't know me, which should be nearly everyone, let me introduce myself. My name is Susan Allred and I am a writer. I am also your new Thursday blogger alternating with Kari Pike for the next six months. 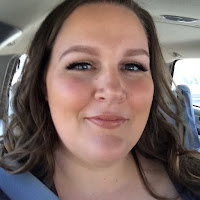 At least that's what I keep telling myself. :) I am brand new to this whole writing thing. I began writing a couple of years ago when my little sister, an English teacher at Washington State University, called and informed me that there was this thing called NaNoWriMo and a National Novel Writing Month. I was already five pages into a story about my oldest daughter, so I figured, 'why not?'

On the first day, Patty had written 56 words, and I had 1200 words from the story I'd already started. By day two, I'd penned 2000 words, and Patty had 56 words. By day three, I had 2300 words. Patty had...56. She e-mailed me and said she was quitting, but best of luck with my book. By then, I was enmeshed in my story and there was no going back. I finished my 10,000 words by the end of the month, and that was just the beginning. Since then, my single story has turned into a seven-book series, of which I have completed my first editing group on my first book, in the process of editing my second, and writing my third book.

After the first book was in it's fourth draft, my dear friend Kathryn Rosenbaum found out I was a writer and asked to read the manuscript. Then, she invited me to the Seattle area ANWA retreat in October. I agreed, since I didn't know another living soul who had written a book and Kathryn was willing to take me under her wing.

I followed that poor woman around like a lost puppy dog the entire weekend, met some amazing women, gathered invaluable information from the workshops and speakers, and came home enriched, enlightened, and excited to pursue writing my series. Whether I publish or not, doesn't matter to me. When all is said and done, I will have written a book with each of my children as a main character that they can keep and show to their own children when they get older.

Since that fateful weekend when I was introduced to ANWA, Kathryn and I have begun to form our own chapter in the Spokane, Washington area, and I am now blogging on the ANWA Founder and Friends Blog. What a difference a year makes. And thank you, to all of you – some that I've met already, and others that I hope to meet in the near future - for being such an amazing group of women. This experience has been one of support, encouragement, and sharing every step of the way. It truly is a sisterhood in it's finest form. I look forward to getting to know each of you.
Posted by Susan Cady Allred at 10:24:00 PM
Labels: ANWA, Learning, Relationships, Susan Cady Allred, Writing