Is the Descriptive Narrative Gone?

I went to see San Andreas this past weekend. Cannot pass up a disaster flick. The plots are always the same, have been since Hurricane from the 1950s. Estranged family, child in peril, parents respond, generally child is saved, parents are reunited, the geek who saw it coming and tried to warn people, and the always epic panning scene of the destruction and the promise that we will survive and thrive yet again. San Andreas is no different. Follows the plot line perfectly. That alone could be a whole discussion. So many people feel they need to stretch out a genre and change the fundamentals. That works sometimes, most times not. For example arguably the two most current famous people Luke Skywalker and Harry Potter followed the correct time honored epic hero genre to a tea, and look how wildly successful they were (are).

I could also parlay San Andreas into writing because I have become more and more impressed with Dwayne Johnson's acting skills. He is terrific. Proving that you can become better with practice. The special effect are stunning. The earthquake, the tsunami, the harrowing rescues, and the mindless selflessness and selfishness of regular people.

Once upon a time, in public schools, the classics were taught with great fanfare and fandom. I have sat under the feet so to speak of teachers that clearly relished Charles Dickens, Geoffrey Chaucer, and too many to name. I still remember the agony of reading "The Bridge of San Luis Rey" making it an epic disaster movie in my head, but hating the reading of it.

I used to think it was just being "that" kind of reader. All the classic readers looked upon the comic (graphic) readers as beneath them. A sign of true academic intelligence was to quote from the classics. And I have a few of those quotes I find stand the test of time. However, seeing is not quite the same as reading. And in a disaster flick, it broadens and terrifies in a way the written word never can.

I have enjoyed and preferred the action novel for years. If seduced into reading a book with descriptive narrative, I will merely glance over the page(s) until we get back to the action. Novels like Clive Custer's Oregon Files and the Dirk Pitt series have me catching my breath when I finish. I never stop to wonder about painting the scene, I'm too busy wondering how the erstwhile hero is going to get out of the trap the bad guy has set for him.

So what say you? Has descriptive narrative now joined the junk heap of out of date literature? Schools think so I can assure you.

BTW go see the movie, it really is that good. 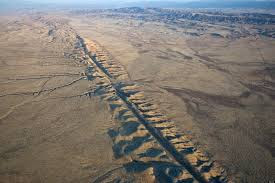