Bragging Rights for a Year 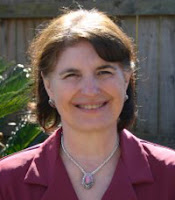 Awww you know I just cannot help it. My alma mater has done it again...won its 16th national championship in football. It is especially sweet since the years of 1984-1991 and 1993-2007 were painful reminders of how the mighty can fall. I felt very much like Garfield in those years, "Go Team Go or in the very least don't humiliate us." I remember well the years of quarterback Andrew Zow and running back Shaun Alexander whom we referred to as Alex the Great and how every week they would suit up and go out and lose. It was heartbreaking and heartswelling to watch that. As reports came out about the coaching staff and how poorly they handled well just about everything including their personal morals, it made me love that group even more. And many thought the Tide was on its last feet.

In my time at Bama, we were football gods in the SEC. I had a poster in my dorm room of the elephant sitting on a throne sailing down a river as the other mascots in the SEC bowed to him. And everyone knew the Bear would handle whatever came our way. It was a shock in those years after the Bear retired, then passed on. Then came Coach Saban. A local now national sports showman, Paul Finebaunn, explained the hiring of Saban this way. Just when the SEC thought the elephant was down and dead, the news came. The elephant flapped her ears, grunted deeply, staggered to her feet and lifted her trunk. Shaking off rumors of her demise, she lumbered down the field, gaining momentum to yet again leave the others in the dust.

I see this as a metaphor for life and writing. Years of frustration, grief, and even abandonment of your goals temporarily can make you want to quit forever. Just stick those old stories on a shelf and forget about it. Wallow in glory days as the Boss sings, and let it go. Accept those moments. They come. Hopefully not for years. Wait for the right motivation to come your way, lumber up, shake it off, and start running down the field. New glory is waiting. And the years of defeat and misery will serve you well. In the very least it will keep you humble.

Perhaps the biggest reason this particular win is so precious is this team was not expected to do well. Our quarterback Jake Coker got nervous easily, our defense could not do it all, our secondary was weak, and in my day, we considered this a rebuilding year. When we lost to Ole Miss early on, and all national championship dreams were dashed (or so we thought), the team and that is what they are sat down with each other and promised never again. As a team, they have surpassed the Zow/Alexander team for heart in my book. As a team they won and as Derrick Henry put it, "finished it." I know I am not alone as Coach Saban expressed a great deal of emotion about this team, their efforts, and their victory. Every book, every article, every published item is a product of a team effort. Let your team work their magic, and victory will come. 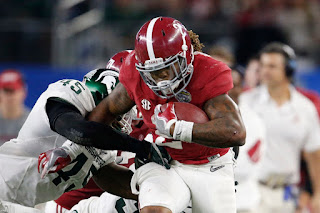