A Lesson In Friendship From Job 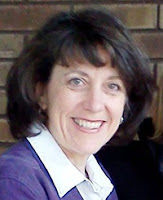 I have so many words to say. I have no idea how to say them. At least that's what I have been telling myself.

Instead of giving up, I did the next best thing. I read. News articles, fiction, inspirational pieces, and my scriptures. Of course, having the opportunity to teach early morning seminary gives me great incentive to study and read and pray and study some more. When I prepare to teach seminary, I pray and pray to know what it is the students need to hear. I don't want to waste the efforts they make to get up extra early in the morning to study the gospel. They experience so much pressure to get good grades, excel in sports or music or other extra curricular activities, and maybe even work part time after school and on weekends.

One student told me that her biggest challenge comes from feeling that her friends expect her to be perfect. Our topic of discussion that morning came from the Book of Job. Job had friends who misjudged him and I used to focus on how horrible it must have been for Job to have his friends rail on him and tell him that losing all of his material possessions and all of his children, and then suffering horrendous, painful physical ailments came about because he sinned. Who needs friends like that?

This time, however, I came away with a different perspective. Have you ever shared a concern or problem with a friend or spouse and ended up even more frustrated or even angry because that person had all kinds of advice and ways to solve the problem but not really, because of their limited perspective of the situation? Or what about the times you just need to vent about something that can't be fixed...like the weather?

Job's friends had a limited perspective. They came from a culture that taught that bad things happened to bad people. Losing your crops or your family came about because you sinned and the only way to stop the punishment was to confess. But Job knew better. Job knew that bad things happen to good people and sometimes the wicked prosper. The limited vision of Job's friends caused them to bring him further heartache. What I love about this story is that once the Lord spoke to Eliphaz and pointed out the mistakes he and his friends made, they repented and offered sacrifice as the Lord directed.

Job's friends sought his forgiveness. Job did what the Lord told him to do. He prayed for his friends.
And "the Lord gave Job twice as much as he had before" (Job 42:10). Afterwards, everyone - family and friends - met in Job's house and comforted him. (side note: I used to wonder why Job got twice as many oxen, camels, etc. but only ten more children to replace the ten he lost. Until someone pointed out that Job didn't lose those first ten children. They were born in the covenant. They were his forever. They were not lost, they were just on the other side of the veil. Job was given ten more children to add to the first and therefore twice as many.)

Far too often I am guilty of the same actions as Job's friends in the beginning of the story. I hear about a problem and I want to fix it. I don't want my friends to be in pain. I think I have good intentions. But sometimes what I say hurts them even more. Then I am scared to say anything to anyone.

On the flip side, when I have a problem and a friend offers advice, I am occasionally guilty of assuming that person's motivations without taking the time to understand and I let my feelings get hurt. Occasionally, that leads to anger and frustration. I don't think I am alone in this challenge, because I've noticed a growing trend. Sarah Udal put a name to it during our last ANWA chapter meeting. She referred to it as "one-down-man-ship." I see it happening all over social media, talk shows, and even Relief Society meetings. Instead of sharing experiences where we try to "one up" and tell about bigger and better accomplishments (which is its own problem), we get in a rapid downward spiral of  who has the biggest time commitments, the most serious health ailments, or the naughtiest children.

I think I am going to make myself a little "STOP IT" sign for my desk so that I can remember to: Stop comparing. Stop judging. Stop beating myself up. Stop being afraid to share my words and ideas. Be the best me that I know how to be. Focus on the positive. Be grateful. Be charitable - to others and to myself. Trust in the Lord and His redeeming Atonement. Be happy. Actually, be enthusiastic - because life is magnificent.