Do You Want to Be a Writer? 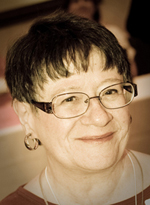 I came across a great blog by Indie Author sensation Hugh Howey a couple of days ago. In it, he gives the secrets to success as a writer, which a lot of people won't follow because, yeah, they're hard.

Here's how he starts out:


Sitting in your underwear, hearing voices, talking to people who are not there, mumbling to yourself, Googling how to dispose of bodies and the firing rate of an uzi submachine gun. Assuming this sounds like the ideal life for you—and you don’t want to be certifiably crazy but only a little crazy—then the life of the professional writer is what you’re after. And I’m going to tell you how to make it happen.

Then he gives "the #1 secret to success and a career of working in your underwear: You have to work harder than anyone else. Period."

I'll list a few of his bullet points, but you'll have to go over and read the complete article to get the full flavor of the meal. And yes, he says a couple of words I don't use, but nowhere near as many as Chuck Wendig does. They both give great advice.
And those are just the first five points. If you want to be a writer, go read these and the other five, with their explanations of how to implement them.

Then get to work!