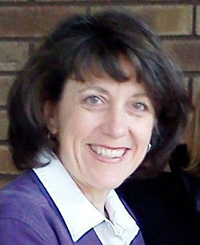 Moving day. Those two little words have the power to make even the most unflappable person cower in the closet with a year's supply of chocolate, caffeinated drinks, and Cheetos. No matter how happy I am about the circumstances behind relocating, the effort needed to accomplish everything that entails remains the same. That said, some moves are better than others, and certainly when I am happy about moving, there seems to be less pain involved. But still...it's moving day.

Our oldest daughter and her family are also in the process of relocating. I am moving less than 20 or so houses down the street. Our daughter is moving from Wyoming to Anuktuvuk Pass, Alaska. They can't even drive there! So when I catch myself getting whiny about our little hop around the corner, I remember that it could be worse. Then I may or may not open up Facebook and adjust my attitude with my favorite dark chocolate.

The most moves I ever made in one year is five. The longest move I've made was from Kalispell, Montana to Phoenix, Arizona. The fastest move came about the first time we lived in Gilbert, Arizona - the beautiful town in which we now reside. My husband Doug had tried for nearly six months to get a business off the ground, without success. He received a job offer from a company in California and had to decide if he wanted to keep trying to make a go of self-employment or accept the position. While he mulled over the pros and cons we had discussed, I had mom stuff to do. I left to run errands and pick up some much needed groceries to feed the five littles we had at that time.

I lugged a load of groceries in from the garage and Doug called to me from the living room. When I entered the room, I noticed that he had changed out his casual jeans and t-shirt for a pair of dress slacks, white shirt and tie. I also realized that a strange woman sat on a chair across from where Doug sat. Doug stood and walked toward me, gesturing toward the woman and introducing her as a reporter for the Gilbert Independent - the local newspaper.

"Honey, I accepted the job in California. I called and resigned from the Town Council and they sent [the reporter]. The packers will be here tomorrow and the movers will be here the next day."

Yes, we are still married.

I guess the point of sharing these thoughts is to express to you how grateful I am for these experiences. Yes, some moves have been harder than others. I always dread leaving friends and having to find new doctors and someone who can cut my hair (that struggle is real). But every move has given me new friends, new perspectives, and many opportunities for growth.

Kneeling by my bed the other night, I realized that my prayers had become far to focused on me - asking the Lord to help me do this and help me get through that. I stopped mid-thought and I asked,

"Heavenly Father, what can I do for you today?"

A sweet stillness filled the room and the thought came to my mind, "Be kind. Be patient. Love those around you. Be happy. Everything will work out."

So, if you have read this far, thank you. Do you know how wonderful you are? I love you. I believe in you. Life is magnificent.