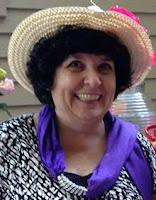 I believe in circles. So much of what we do is affected by, and effects, things on down the road.  I also believe in The Great Video Replay In The Sky. In several hundred years, we will all gather with our boxes of celestial popcorn and watch the story about what really happened while we were on Earth. I firmly believe we will be jaw-dropped awestruck by how often God moves things and people and circumstances around to benefit His beloved children...and we miss most of it!


This is a story that I did not miss. It takes place in three places: Austria, a Chicago suburb, and my living room, here in Washington.

Once upon a time (because that is how all good stories begin) we invited a couple to dinner to get better acquainted, soon after our daughter became engaged a few years ago. After-dinner talk turned to missions. They had both served LDS missions in Germany/Austria, and married soon after they came home. The Cold War was in the headlines, a risky time, late 1970s. That mission did not have any MTC training, and no translated materials; no scriptures, no lessons, nothing! They had to obey rules so very carefully, and after The Incident, the couple said missionaries were under communist government scrutiny constantly, because the people believed they were spies.

The man, Carl, told a story that took place in their mission. Four young American elders on P- day crossed the communist border into Czechoslovakia, down that forbidden road, past the huge warning signs, past the armed guard towers, past the painted warning lines. They actually crawled through razor wire fences, just to take pictures to send home!

They were arrested, and it was all over the international news. The Church took a huge PR hit, once the media reported that all missionaries were actually American spies, worldwide. After a couple of days, two LDS apostles flew to Austria, along with several high-ranking American officials. They negotiated for their release for two full days and nights. Finally, they convinced the military holding the young men that that they were merely unwise, not devious. They flew the elders back to the states, without any of their belongings, straight from the firing squad to the airport, under military guard.

Carl said many areas were closed because of The Incident, and missionary work was much more controlled after that. As he related the story, waves of chills washed over me, and not just because I love a good story.

Carl concluded, "...and we never heard what happened to them after that.”

To condense my conversion story: I was a teenager in Illinois, meeting with the Assistants to the mission president at the mission home, and went to tell them I wouldn’t be meeting with them again. Good men, I'm sure, but seemingly carved of wood, as exciting as dust, and determined to recite the discussions, word for word, when all I wanted was to ask questions. As I went to the mission home that final day, a bouncy young elder with round John Denver glasses popped out, greeted me warmly, and said "Hi, I’m new here. I hear you have questions. Let's sit here and just talk."  Turns out he had just arrived, and expected to be sent to the far reaches of the mission the next day.

I found out much later that he had been called to serve in Austria. He and some others had crossed a forbidden border. They were imprisoned as spies for five long days, then put in front of a firing squad, which was halted just moments before firing commenced. He was sure he was going to die.

Two apostles negotiated for their release, and dragged them to the airport under heavy police guard. He said that flight was very long, longer because the Church leaders never said a word to the terrified elders. They were dirty, had not slept or eaten in five days, and were not sure what would be done to them once they arrived in Salt Lake City.

Landing in America, the young missionaries were taken directly to Church headquarters. In a meeting with all of the twelve apostles and the First Presidency, the four young missionaries were verbally blasted. They were told they had set back missionary work by decades. Each was given the option to be assigned to the Illinois mission, or to go home. Three chose to go home. One said he had been called for two years, had only served one, and would be grateful to be allowed to serve anywhere. He arrived in Illinois the next day, I met him that evening, and I was baptized two weeks later.   I had to delay a week, due to all of America celebrating the Bicentennial.

I was stunned that night as Carl told the story – my story! I told you I believe in circles. The couple we invited to dinner was our daughter’s fiancé’s parents.  What are the chances of them having the other half of my story? Or their son marrying my daughter, thousands of miles from both Austria and Illinois?  There they sat in my living room, as shocked as I was to finally learn what had happened to those four renegade elders who stirred things so badly, then vanished.  The story parts came together in a tidy circle, thirty-five years after the events.

What if I had not stopped to hear that bouncy new elder, the one who was in such trouble the mission president promised to banish him to outer darkness, AKA southern Illinois, the very next morning? I prayed for the very first time that night, something like, “Look, God, I don’t even know if You are there, but if this is Your church, as they say, and You want me in it, put him nearby. I can listen to him.” At 7am the next morning, Calvert called to say he’d be living two blocks from my home.

At the end of a long, distracting story, I hope you get the point that God is real, and concerned about even details.  He loves us! The Lord is in charge of small and large things.

I believe firmly in circles. I also believe that we are blind to most of the Lord’s blessings. For all you know, that one person you meet, that one uplifting sentence you say, that one service you offer, may be the catalyst that sets off magnificent things.

We won’t know until all the circles are revealed.
Posted by Deb Graham at 12:00:00 AM
Labels: circles, coincidences, conversion, Deb Graham, Faith, God, Love of God, missionaries, Prayer