I Survived NaNoWriMo and Lived To Tell About It

For writers, November 1st is much like January 1st is for the rest of the world. November is our month of resolutions. Many of us dig deep, take a deep breath, and resolve to write an entire novel in just
one month. 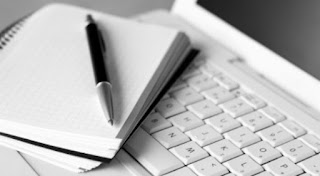 I don't know about you, but NaNoWriMo is a process for me. This year, I spent weeks pouring over different story ideas I'd jotted down, trying to find just the right one for November. Then, I plotted out in my mind where I wanted my story to go. I only have a month, after all. Every minute is precious and I'm certainly not going to waste those valuable moments sitting at the computer wondering what to write next.

Then, I declare to the world I am doing NaNoWriMo, in hopes that by declaring my intentions, I will somehow solidify my resolve to spend inordinate amounts of time typing away on the keyboard while the rest of the world buzzes on around me.

Next, I make sure to have each of my favorite writing implements. You've gotta have a notebook and at least 37 pens. You know, in case the other 36 quit working. And a pencil in case it decides to rain inside the house, or we have a tsunami...in Spokane, Washington...300 miles away. Well, a person can never be too prepared. 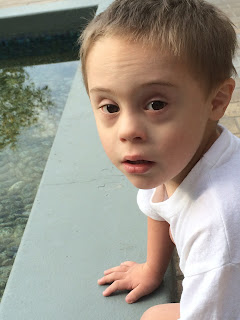 Then there are the snacks. Bottles of water, veggies, fruits, and a stash of comfort foods for the really difficult scenes when a cucumber just won't do the job of filling the gaping hole I just ripped into my heart when I killed off one of my favorite characters. And don't forget the tissues. Oh, and a garbage can, for said tissues and food wrappers. And pages ripped out of the pad of paper because all sixteen variations of the story were decidedly stupid and I decided to start over.

On the first night of NaNoWriMo, I donned my favorite pair of sweats, put my hair up in a messy bun, and locked the office door. For hours, all the family could hear was the pitter-patter of excited fingers tapping away at the keyboard. I think I finished nearly 7,000 words that first day. Wahoo!

I fell into bed at three in the morning, only to be woken up by my five-year-old three hours later to start the day. He pulled me out of bed, dragged me to the kitchen, and insisted I actually feed him breakfast. Seriously? Didn't he realized I was up all night? The nerve of that little boy! I let him live only because he's so doggoned cute. And because murder is frowned upon in certain circles.

That night, I managed another couple thousand words before I found myself falling asleep at the keyboard, leaving several rows of unintelligible characters on the screen. Sweet little five-year-old Jake was kind enough to wake me at four thirty the next morning. He must've known I had work to do. By the time I sat down at the computer that night, my eyes were crossing, and I felt a cold coming on. I logged 12 words.

Then there was the wind-storm heard around the world. 189,000 houses without power. My husband, an employee at the local utility company, logged 100 overtime hours in a week. I got to see what it's like to be a single mom. I do not recommend it. I bow in the general direction of any woman who has to raise children on her own. 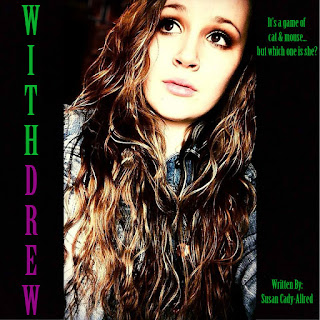 And whose idea was it to put NaNoWriMo in the same month as Thanksgiving? Don't they realize there's relatives, and baking, and cleaning, and vacations from school, and children running around, and chaos to be had by all? Someone clearly did not consult me when choosing NaNoWriMo.

For whatever reason, it seemed all of my efforts
to sit and write were thwarted by some unforeseen, and a few totally expected, but ignored-until-it-was-too-late, event. By the end of the month, I logged in a paltry 24,211 words. A far cry from the number I was shooting for, but it is still 24,211 words more than I had when I started. I am right where the story gets exciting, and I try to add a few hundred more words per day.

I may not have “won” NaNoWriMo this year, but I did break through my writer's block, gain several new writing buddies, finish nearly half of my story, and managed to avoid any scenarios that would necessitate the use of my pencil. In all, I'd consider the month a success!
Posted by Susan Cady Allred at 1:33:00 AM
Labels: Susan Cady Allred, Writing