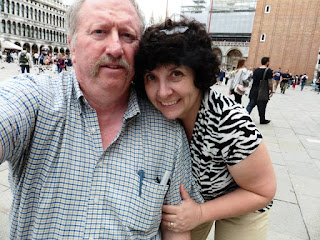 A little boy, about age eight, stood on Testimony Day in our ward at Church. He said, "I've been trying to think of my blessings, and today I thought about spoons." He went on to talk about his deep gratitude for spoons, of all the overlooked things.

He said he was glad he could eat his breakfast cereal with a spoon before Church, "because it's hard to suck Cap'n Crunch and still keep my Sunday shirt clean."  He talked about playing in the sandbox with his little brothers on Saturday, and said spoons were just the right tool for tunneling under the castle. He liked the soup his mother made for dinner last night, and said, “good thing I had a spoon, or those noodles could have gone right in my lap."  Spoons, he said, were the best thing ever for eating ice cream. “Just think of how much you'd miss if you had to use a fork, or chopsticks!"

People in the congregation were chuckling by now, but it set me to thinking. I've never been thankful for spoons. I've hardly even given thought to spoons at all!

Historically, I know forks were important. The Pilgrims only had a knife and a deep wooden spoon to eat with; forks were harder to make, thus more expensive and rare, and ownership of more than one or two was even considered a sign of pridefulness. Often only one fork was available per household, used by the cook for turning over dinner in the pot. And of course knives are essential; if people didn't have knives to eat with, manners would be out the window, along with the Flintstone-sized bones after dinner. No dainty bites for you! But spoons... hhmmm...

I paid extra attention to spoons the whole next day. I used two for breakfast (I don't like hot cocoa in my Frosted Flakes). I used another two to make Et Cetera soup for lunch; a wooden one to stir, a smaller metal one to spoon leftover rice and vegetables into the pot. Oh, wait; I also ate the soup; that's three. I made Killer Chocolate cookies later on that day. Let's see; I used one spoon to pack the brown sugar, a measuring spoon, a wooden spoon to stir the chocolate chips in, and two teaspoons to drop the dough on the pans. I finished painting the philodendron vines on the wall by the laundry room, and used a plastic spoon to stir the paint. Repotting my teacup orchid required another plastic spoon. I cooked dinner, using two wooden spoons in the preparing, and a large spoon and a slotted spoon for serving, plus I set the table, one spoon at each place setting. I polished off the last of the lemon pudding before bed; that was the fluted spoon that I like best. That's nineteen different spoons---in one ordinary day!

I'm a lot more aware of spoons in my life, but what other tiny everyday items do we overlook, things that make our lives so much better? Toothbrushes, erasers, tissues, buttons, soap? Think about it, next time you pick up a spoon, and in this season of Thanksgiving, count your blessings!
Posted by Deb Graham at 12:30:00 AM
Labels: Deb Graham, gratitude, inspiration, Life, Other Things, small things, spoons, thankful