You Will Need A Sidekick, Trust Me

Does anyone think Batman and not follow that with Robin? Can you say Qui Gon Jinn without saying Obi Wan Kenobi? Han Solo without Chewbacca? Sherlock Holmes without Mr. Watson? And in a very dramatic way Dr. Jekyll without Mr. Hyde? The list is probably endless. But exactly what are sidekicks and what is their literary function?

Ultimately your sidekick is the reader. By that I mean the sidekick says or does things that helps the reader understand what is going on...gives the main character a chance to show off his/her brilliance. The MC bounces things off the sidekick which gives the reader inside information. Generally though not always the sidekick is slightly denser than the MC. In Star Wars, of course, Chewbacca did not even speak. But his muffled roars gave us a pretty good idea of what he was thinking. Your sidekick is a critical part of your story. Choose well how you define him. Most writers blog now, and they can give you pretty good advice on how to develop your sidekick. Even down to names. For example, did you know a sidekick never has a name that starts with the MC's name, i.e., Lana is the MC, Lilian would NOT be the sidekick. That sidekicks are usually simple easy-to-remember names. These are not set in concrete as any fantasy reader/writer can tell you. However, it is a start. Pick your sidekick's vocation. It must mesh in some way with the MC. Cop shows usually have a quirky coroner that adds some fun in otherwise gruesome scenes.

A sidekick is generally the likeable character, especially if your MC has some dark sides to him. For example, early on in Star Wars and in the current sequel, Han Solo had a dark side, a murky past...you were never really sure if he could be considered the hero type...but Chewbacca served as his conscience...which lead to Solo becoming a hero and a dad reaching out to a son that unfortunately did not end well. A sidekick almost always has the opposite personality of the MC. And a sidekick is almost always by the MC's side. They can be the comic relief in a tense situation. Or the as in the case Samwise Gamgee in Lord of the Rings, Frodo's rock to lean on during the difficult journey. Samwise is a great example of a sidekick in that he has one mission to assist Frodo...he distrusts most everyone and so functions as a warning to Frodo not to be so trusting, he is average in looks with one passion, the young lady back home in the shire that he wants to marry. He is also rather plain looking. This is more important if your MC is depicted as being considerably handsome, charming, or extremely clever.

Here are a few blogs to check out about sidekicks

Kick up your story with a sidekick 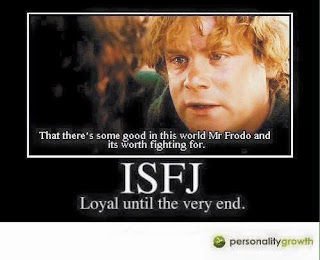