As I mentioned two weeks ago, I recently shared a booth at Phoenix ComiCon. I had an interesting four days.

I could tell you about the gunman who got in on Thursday, but I was unaware of the event until I read about it on Facebook. Fortunately, Phoenix police officers took the fellow into custody without incident.

That caused much discomfort for fans on Friday, though, as they had to wait in the sun for a couple of hours while staff and security searched all backpacks, large purses, etc., for any contraband. Prop weapons were banned, weapon sellers were obliged to put purchases into opaque bags (that is, black garbage bags), and one vendor created such a stink that he was told to pack up and leave. 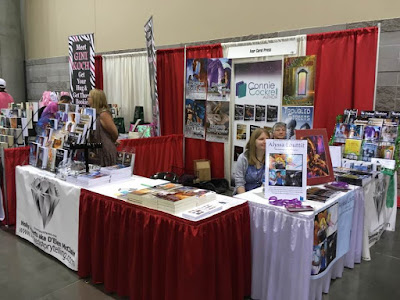 But you probably want to know about my experience. I met two of my booth-mates for the first time. I learned that I probably want a table-front banner of some kind and/or book cover posters if I do something like this again. I did decide to emulate something another author did in our booth. You'll see what that plan is when you come to the Payson Book Festival on July 22.

But as I said above, I had an interesting four days. Costumes abounded, some incredibly detailed, some pretty basic, some outlandish, some lacking much substance. I was amazed, however, at how easily I let go of the need to judge all manner of people and their fascinations. That's not my job, anyway. I simply enjoyed the spectacle and the homemade ice cream. 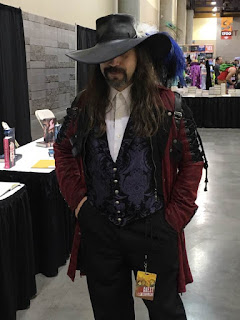 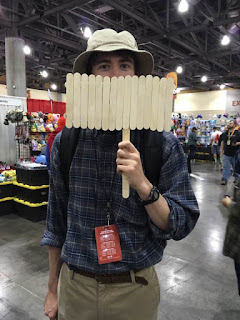 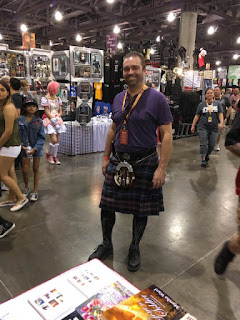 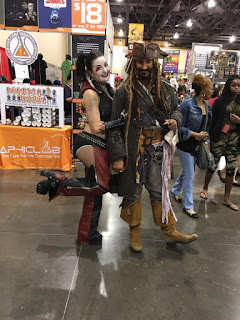 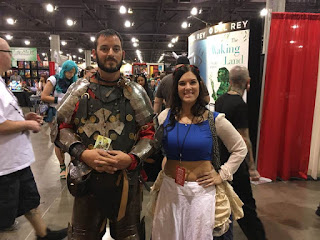 I sold a handful of books. I didn't expect to sell loads of books. In fact, I scaled back my inventory from tons of books to five of each, because I knew I would not sell many books (plus, I didn't want to undergo the dock loading process).

For one thing, I'm not a well-known, super-star author.

For another, I was offering historical novels for sale at a convention more into sci-fi, fantasy, gaming, and popular TV shows and movies of those cultures. But I did give away my handouts, which have QR codes on the back for people curious about what I was doing there. That is a part of my brand awareness advertising plan. 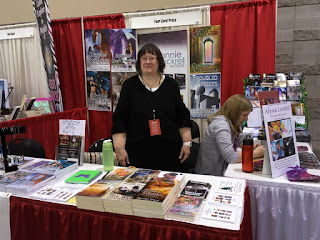 I enjoyed looking at the costumes, but I could not tell you who about 90 percent of them represented.

I did get a Whovian thrill, though. 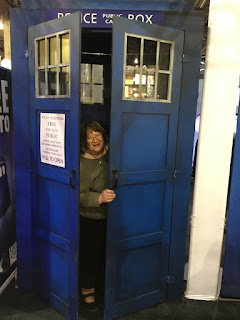 BBC America had a Dr. Who booth at which one could have free photos taken: outside with your own camera/phone, 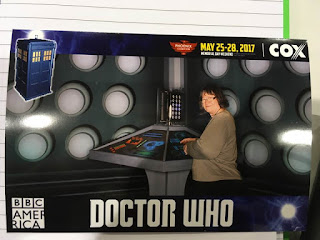 and inside, with a photo emailed to you. By the way, the TARDIS really is bigger on the inside!

Will I do ComiCon as a vendor again? The verdict isn't in yet. If I ever write a book in a genre more in line with the spirit of the Con, perhaps yes. If I don't I can always go as an attendee. That will probably give me less stress and fewer hours of after-event decompressing.

Have you ever been to an event like a ComiCon? Were you an attendee or a vendor? What did you experience?
Posted by Marsha Ward at 3:42:00 PM
Labels: Advertising, book, book events, book selling, books, Brand Awareness, ComiCon, Marsha Ward