I gave this lesson in Gospel Doctrine this past Sunday. It thankfully turned out to be more of positive instead of gloomy lesson, and we as a class managed to reel in the ones who wanted to go speculating. I suggested that perhaps we should ask ourselves why we think we live in the "last days" as compared to other time periods. That was my opening gambit.

I shared with them interesting aspects from the Shardlake series. A brilliant writer CJ Sansom has captured a segment of England's break from Rome in a powerful and compelling way. His main character a medieval lawyer who solves puzzling murders without DNA or cell phones. It's a wonderful series, but the compelling part for me is the backdrop of the break with Rome.

Shardlake starts off a reformist with deepseated beliefs that Erasmus is right. That breaking with Rome will usher in the Second Coming. He also throws his lot in with Thomas Cromwell who you should know helped Henry VIII cast off his Catholic wife and marry wife number two. What makes all this so fascinating is why the reformists believed the "end" was near. See if this rings a bell.

Cataclysmic events were shaking the earth at the time. The plague had been around several times, and still cropped up. Riding on the coattails of plague came famine, and death. The disruption of the monasteries threw thousands out on the streets as beggars, and hospitals for the poor and mentally ill were closed. Nearly all of them starved. Governments were run by men out for their own gain. When Henry VIII closed the monasteries and centuries of beautiful art was destroyed, his "beloved" counselors of the moment lined their own pockets at everyone else's expense. Hard fought civil liberties were set at naught overnight. First the Bible was distributed to any free man or woman, then snatched back only to be given to men in high places who did not stay long in those high places. "They" could come in the night for you for breaking the Sabbath, having an opinion different from the norm, eating or selling meat before Lent was up, throw you in the Tower never to be heard of again.

The reformists believed the restoration had come about through Martin Luther and the shaking off of the Catholic stranglehold. Fresh beginnings were taking hold, religion was central to every aspect of life in medieval England. And the land of milk and honey brought strange wonders like bananas and chocolate to the old world. It is not hard at all to see why they believed the Second Coming was so close.

Bringing it full circle I then asked my class what is different now from then that gives us assurance we are actually the ones living in the last days? 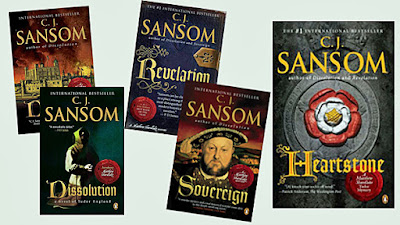