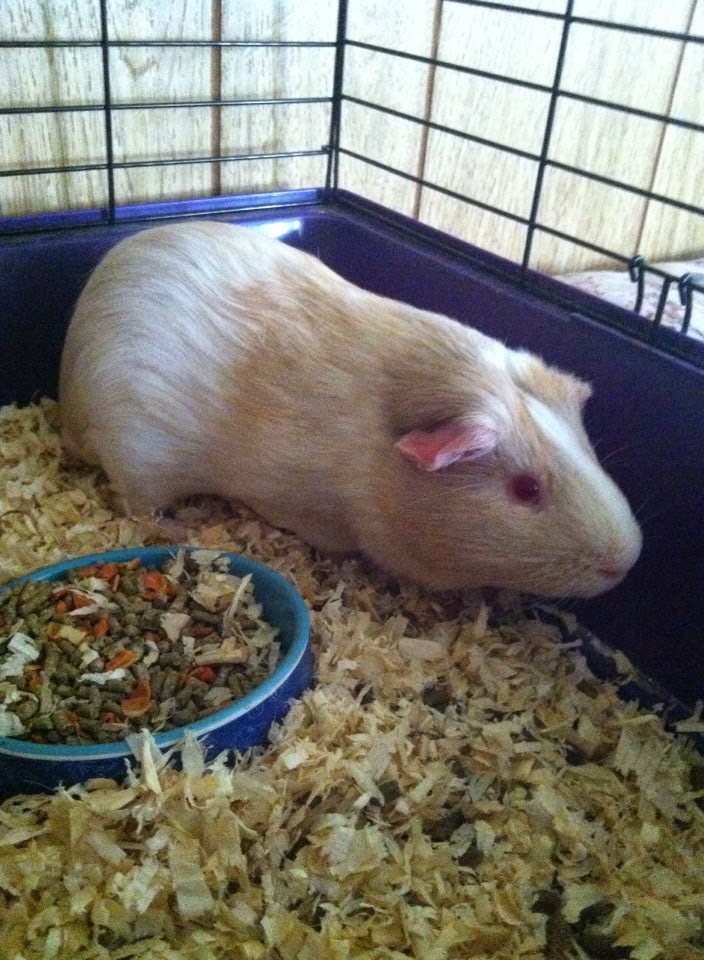 Wow! I can't believe I've missed so many weeks! The last few weeks have just melted together in that way that the last few weeks of summer tend to do. Apparently, my siblings in Las Vegas started school today, and here in Oregon the kids start school next week! For those of you who didn't see on facebook, there is a new addition to my family these days, his name is Rocky and he's the most adorable guinea pig ever! Here is a picture of him the day I got him. He will be one this September! I am so lucky to have him, and I'm looking forward to many more weeks and months with the little guy!

On a totally different note: I was talking with one of my best friends about her recent break up. She was talking about why she broke up with him, and I saw some similarities between this guy and who I was a year or two ago. And who I still am to some extent. And again, a similar subject came up when I texted another old friend of mine and he enthusiastically responded, genuinely happy to hear from me, and then when I said he could text me whenever he said: "Yeah, I have just been working 14 hours a day 7 days a week and always think 'next time I have spare time'" Which of course never happens because there is no such thing. So, what am I talking about?! Well, Carpe Diem!

I'm sure we all know this old phrase meaning "Seize the Day." Nothing is going to happen if we don't start now. We aren't going to become authors if we don't write right now. We aren't going to travel and see the world if we don't start planning and saving. We aren't going to make a new friend or meet someone and fall in love if we don't get out there and meet new people! And another thing: Do stuff! Try something out you've always wanted to do! Maybe learn how to fence, or try archery! Or maybe, if you're like me, wander into a Wiccan store or test Buddhist customs in the name of research. Or even try something you don't think you'll like that everyone keeps telling you to try, just so that you can say you've done it!

Sometimes, our problem is that we're too afraid of failing that we keep thinking we'll fail and so we never try! What's the harm in trying? What's the worst that can happen? We fail? Aren't we just back to square one then? Just get out and DO! I promise, it will be well worth your while! And, you may even get some cool stories out of it!