Picking your antagonist is probably more important than picking your hero/heroine. Since the opening scene of “A New Hope,” the Darth Vader archenemy has been done to death. I should know being a huge SW fan. In most of the 1980s films, the antagonists have been bullies, built tough, and speak with foreign accents…you should know a few of these characters.

What is the role of the antagonist? Simply put he/she/it is the catalyst that allows our protagonist to emerge as the hero of our story. They are in a literary sense the yang to the yin, the bad for the good, etc. Antagonists tend to fall into familiar territory…in an action movie they nearly beat up the hero until the defining moment when you just know the hero gene has flamed up. Nobody probably did this better than Sylvester Stallone in his Rocky or Rambo films. You always knew when the music changed, that Rocky or Rambo had reached the tipping point, and the bad guy was going down.

Star Wars put an intriguing twist on the antagonist. In the first three films, Vader was a bad guy, but interestingly was obviously at the peck and call of a much greater menace, the emperor. It isn’t until the prequels that we get the backstory. The emperor was a complicated person whose lust for power was fed by his political career. Vader was a tormented soul who could not find peace. Even in SW, the antagonists became fallible human beings whose descent into evil is well documented.

Deciding who or what is your antagonist is the key to building your protagonist. Do you want a simple bad guy that goes around beating up or bullying your main character, do you want a sly backstabbing individual or an unfeeling consortium that dehumanizes its employees. Lately films seem to turn on the best antagonist ever, a run-amuck government. There really doesn’t have be a backstory to a too-powerful government…we all seem to agree they are just inherently evil.

So take the time to flesh out your antagonist. Makes sure his/her/its actions lead to that wait for it moment when the hero emerges. 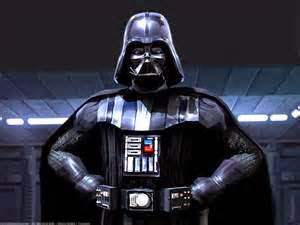