Is there a third alternative?

Like everyone, I was appalled, horrified, and angry at what happened in Paris. For some reason I was especially bothered by the poor wheelchair victims. I have read several eye witness accounts of how they felt so powerless.

As information comes out, it seems at least one or two [of the terrorists] were pretend refugees, and one was, as they term it, a "home grown" terrorist.

I remember some years ago a documentary on France's growing Muslim population. One scene showed a major road where they gathered to pray, thus blocking all traffic, and there were places where the police did not bother to come. Apparently Sharia law was administered and French officials looked the other way.

Now it's our turn. Do we take in the refugees or do we protect our home? Will we be Paris in just a few years or even less time? Can the president force a governor to take in the refugees? How have other refugees worked out here? I also remember a documentary on a place in Tennessee where a group of Somalian refugees were placed. It has not worked out well. The Somalians are not fitting in or trying to, and the natives were getting restless. Could that happen again?

The First Presidency has asked us to assist the humanitarian crisis going on. And there is a crisis. So what do we do? Open our doors? I just keep wondering about what Stephen Covey always said, there is usually always a third alternative. So what would it be here? How can we both protect our home and yet reach out to help others? Would a history lesson help? What would history tell us about this area of the world other than Syrians have been around since Moses. It is really stretching my brain to come up with an equitable situation. Any ideas out there? 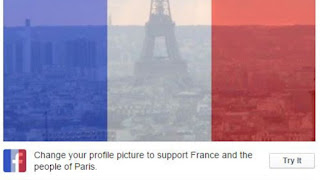