Choosing Ur Bad Guy's Back Story

Lately I have been pondering how you decide on bad guys. I never saw the purpose in plotting out your story until I ran into this experience with my partner. Eventually people are going to want to know about the bad guy. I see this as a cultural transition myself. In my dad's day as he loves to remind me bad guys wore black hats and you didn't try to understand them, you just killed them. In my generation, we still saw bad guys as characters to be killed off or at least receive severe consequences. However, we did like a bit deeper understanding of our bad guys.

Let's use my favorite example, Darth Vader. In the original Star Wars, Vader wore black, breathed funny, was overlord of the bad guys, was the baddest guy's head bad guy. We just knew eventually Vader would be destroyed. And he was in a way. He became more dimensional as we discovered he was Luke and Leia's dad, he had once been good, and in the end, he chose to save his son from corruption and/or death itself, sacrificing himself. I was satisfied. Always nice to know anyone can be redeemed, and the truly evil guy was the emperor who was destroyed.

But then came the prequels. A totally different Vader appeared. He was young, he was confused, he gave in to temptation, he lived on the edge of righteousness until he deliberately chose to be evil. He was despicable. In his rage, he killed a whole family of the sand people for hurting his mom, then he went on at one point to kill younglings. Suddenly I could not reconcile this Vader, he wasn't redeemable. I wanted him to fall into a deep dark hole. In many ways to me he became the ultimate bad guy. He wasn't deceived, he clearly chose evil.

Then came the sequels. Now his grandson has chosen to follow in Vader's evil way. He kills his own father. Sets himself up as second bad guy (some kind of manipulating back evil lord we don't know much about yet). If the story runs true, then are we supposed to be so caught up in the grandson's drama that we "feel" for him? That we overlook his actions because after all he had it tough?

Don't mistake me this isn't about real life or current events, only a dabbling in fiction that puzzles me. How bad do I want my bad guy to be and how much sympathy (if at all) do I want to weave into his backstory (and oh btw he doesn't have to be a he). How do you like your bad guys? 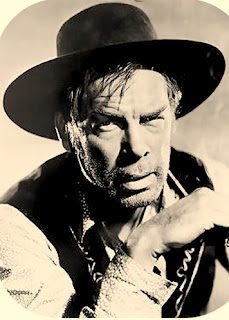