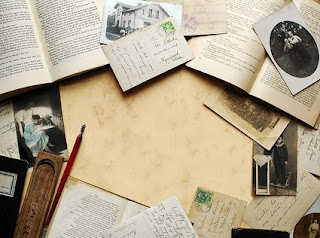 It's crazy to think that the ANWA conference was 3 weeks ago.  Time flies when you're having fun. ...Or running around like a banshee with its hair on fire.

The Arizona conference was...uh-mazing. It's the first conference I'd been to, and I'm still sifting through all the information we received. Don't get me started on that one.  My eyes glaze over and I smile off into the distance. The speakers were awesome. The information was glorious.  The women were fantastic. And I was able to meet many fantastic individuals I'd been corresponding with via Internet and telephone for months.  Yep. These ladies are even better in person.

Two of my three pitches resulted in requests for pages (wahoo!).  One of them asked me to cut about 15,000 words from my manuscript (uh...). And I got the impression she expected those words gone by the time she contacted me again. In about four weeks.

That was three weeks ago.  Guess how many words I've removed?  1,200.  Guess how much time I've spent editing since the ANWA conference? 15 minutes.  I've had 15 minutes to devote to writing in the past three weeks.

No pressure.  I hear sleep is highly overrated anyway.

I also came home with seven new story ideas, the feeling that publishing may actually become a reality, several new friendships, answers to specific questions I'd been agonizing over for quite some time, and feeling more motivated and inspired than I've felt in months.

Now, I'm gearing up for the NW retreat at the end of this month.  This will be my third time.  I'm not gonna lie.  I'm giddy.  This is the first time I'm actually leading one of the classes.  Okay so it's a critique group and I don't have much responsibility, but c'mon! A girl has to start somewhere.

I'm sitting here grinning at my computer screen. Why? Because ANWA is probably one of the best things that has happened to me in my adult life (aside from children and church, of course). I am thankful to be a part of this organization, and to be able to ride the conference wave right on into the NW Retreat. And from there, I'll be riding a new wave which will propel me into NaNoWriMo in November then into 2017.

So much to do. So little time.  But at least I'll be grinning while my hair is on fire.