Yes, I know that was celebrated yesterday: The long weekend, the rush to get out of town to net the plummiest camping spot, the traffic, the last-minute shopping in the crowded local market, the cranky kids in the rear crying, "Are we there yet?"

Jostling all the camping gear out of the car, struggling to get the tent and the rest of camp up, huddling under the half-erected tent while the rain pours down, wishing you were home with your feet up watching TV instead of enduring this wretched time with the family.

Waiting for hours in traffic on the homeward inch-at-a-time trip, collapsing in the lounge chair after the car is cleared out and the gear stowed, remembering tomorrow is a work day and you don't feel rested at all!

What was that madness all about?

Oh yeah. Something about remembering somebody or something. What was that now, some kind of a war thing, right? Let me remember a couple of relatives. 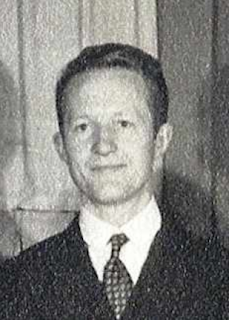 Frederick Vincent Parkinson Brossard was the first husband of my aunt, Lucy Irene Williams Louck. Born 31 Mar 1916, in Logan, Utah, he enlisted in the Army in February 1943 and received his navigator wings in October of the same year at the Pan Am school at Coral Gables, Florida. He died in the crash of a C-47 Skytrain at The Reeks, Kerry, Ireland, on or about 16 December 1943, on a flight from Port Lyautey, Morroco, bound for St Mawgan in the United Kingdom. On 3rd February 1944, a local farmer from the Meallis area of Kerry reported to Guardai, the Irish police force, that he had found human remains on the mountains. Uncle Fred is buried in the Cambridge American Cemetery, Coton, Cambridgeshire, England. 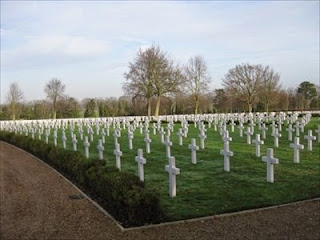 Another crash, at Williams Field near Mesa, Arizona, claimed the life of my cousin, Lawrence Alma Janson, as he was training as a pilot in November, 1943. Cousin Lawrence served an LDS mission to Brazil prior to his enlistment. This is his "immigration" photo to Brazil. I guess it was good to be solemn in a visa photo. 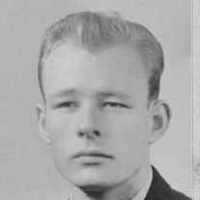 Lawrence is buried in the Mesa City Cemetery, Mesa, Arizona.

Yes, that's what Memorial Day was all about. Take a moment and remember all those in the warrior class who have kept us, and currently keep us and our liberties safe.

Who did you remember who has served in the armed forces of your nation?
Posted by Marsha Ward at 12:30:00 AM
Labels: Learning, Life, Marsha Ward, Other Things, Outstanding People, Relationships