Last Sunday our family sat outside, enjoying the late afternoon sun. After dinner, the children moved off the patio and began to play.

Since they had just watched the musical "Cinderella," their play turned that direction. The oldest girl wanted to be the Cinderella. 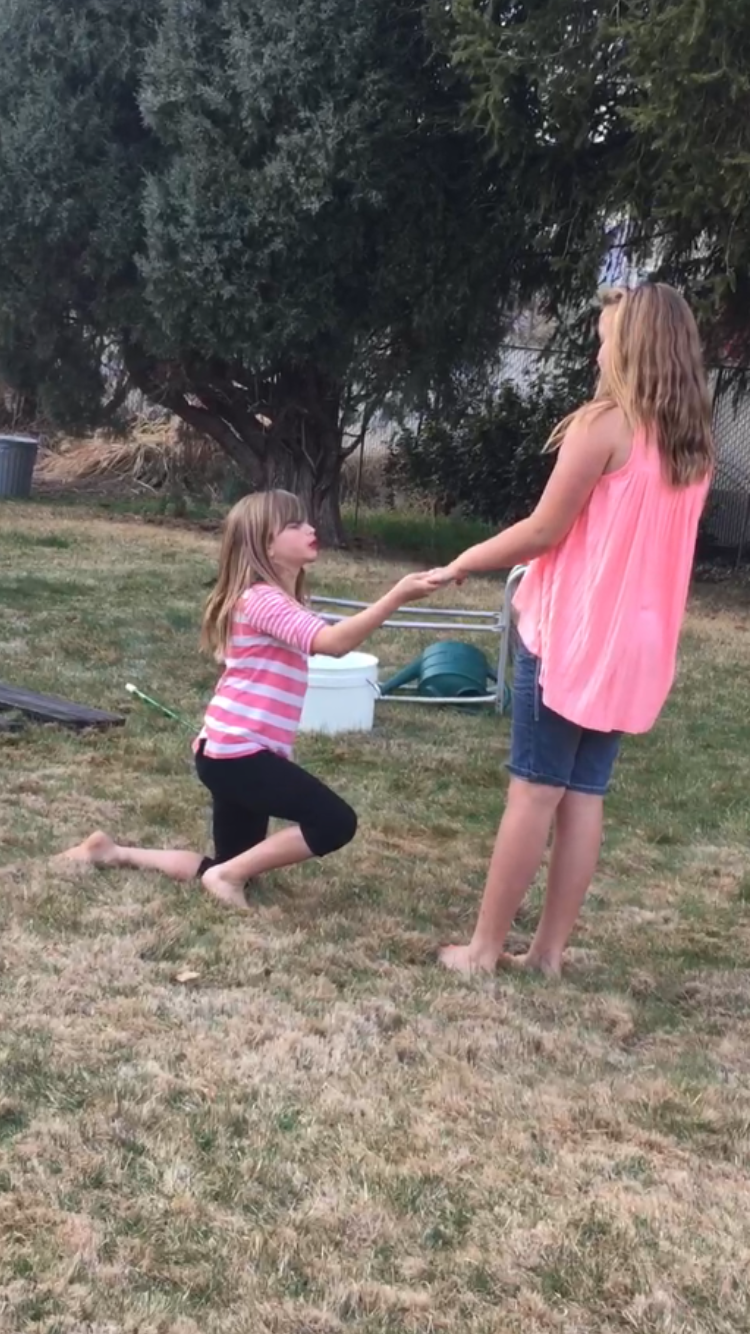 She muddied her face, messed up her hair, and began to sing her dialog. The middle girl took the role of the prince and came to carry Cinderella away to happiness. The littlest one was a dog. She kept asking questions in the middle of the play, and the older kids kept telling her that dogs don't talk. The play went on and the girls created and changed the story singing all the way.

They took time out to adorn themselves for the parts. The dirty face and messed up hair inspired the prince to get a little muddy and put on some lipstick (go figure). 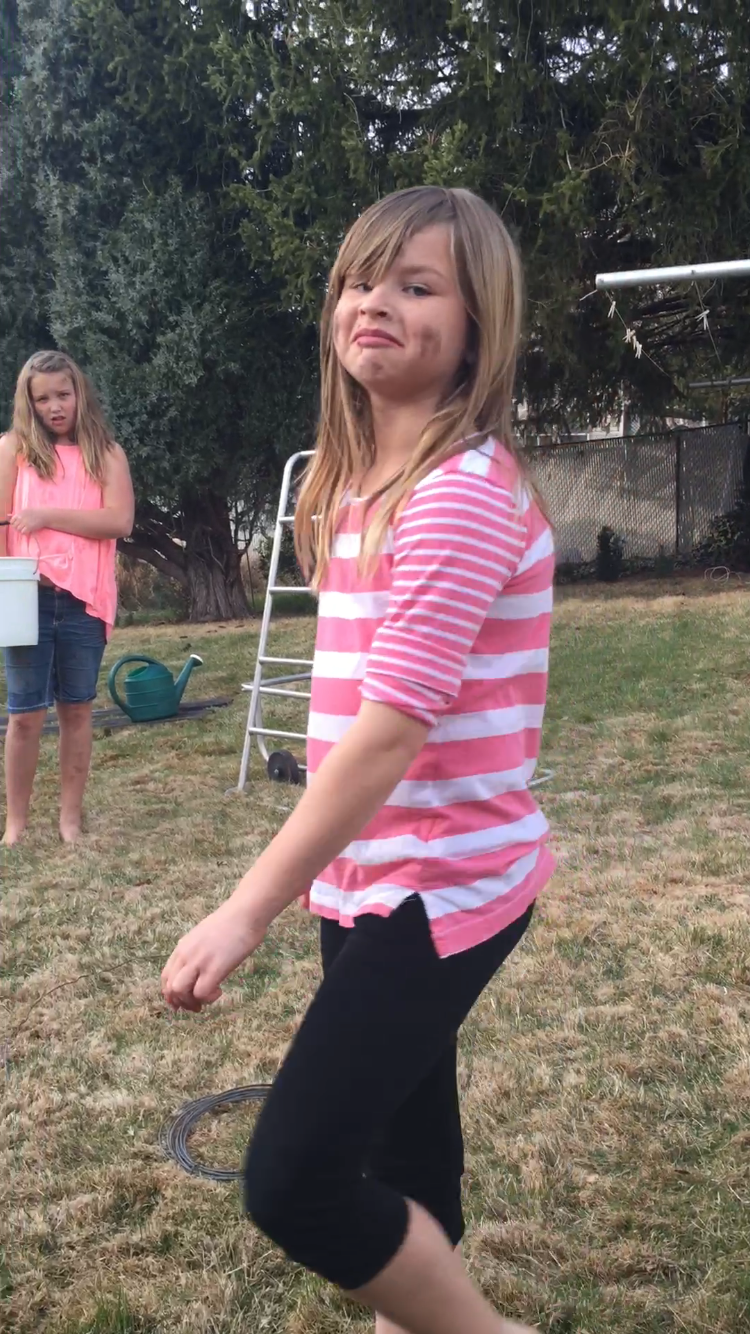 (They had to pretend the costumes. Fancy ball gowns are long gone from our house.)The dog went into the woods, searching for the glass slipper, and got scratched by something. 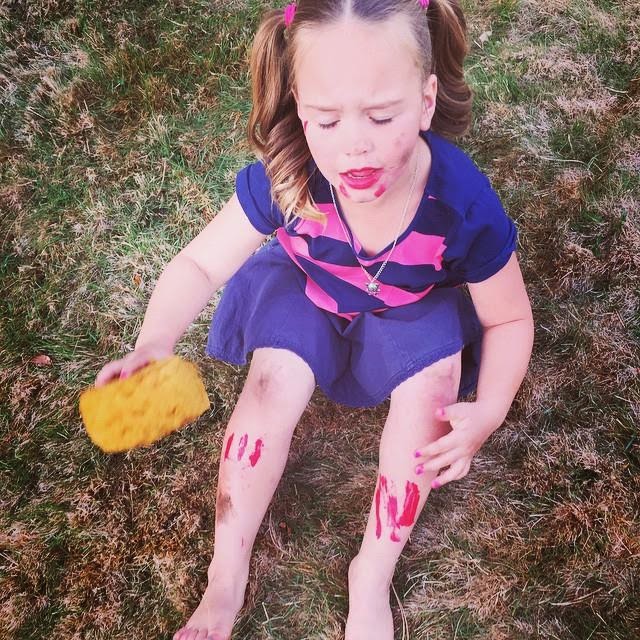 The play turned into quite a production. Everyone in the family had a great time. The adults enjoyed watching as the kids sang their little hearts out.

These are great attributes we, as adults, strive to attain. Characteristics stated above can be found in president of corporations, heads of state, and scientific innovators.

Academic assignments, organized activities, schooling talents, and electronics all have a place in children's lives, but give kids enough time to play, to create, and to enjoy the freedom meant for the young of any species as they learn how to make their way in the world.

Posted by Christy Monson at 12:00:00 AM
Labels: Retired Bloggers