Ahhhhh Football is Back

As the saying goes, there are only two seasons...college football and not-college football. In my house, that's totally true. During the off time, we talk, discuss, argue, worry, and read all we can on how things are going. Then there's that loooonnnngggg gap between A-day games in the spring and that first game. Usually that first weekend I watch a lot of games, then I settle down and just root for my Crimson Tide.

So here's my take on the first weekend, BYU gets the nod for the most exciting moment of the weekend. A hail-Mary pass in the final seconds of the game???? Wow!!! Loved it. Saw it. My Bama gets the nod for now-I-understand-Coach Saban's-quarterback problem. It was not really resolved in this game either. I will be watching that concern. Field goal kicker...puzzling. He really is pretty bad, and yet remains the frontrunner. And as always with Coach Saban, Mr. Henry, Drake, and Howard get the job done. Ohio State...not a real game...couldn't tell much, but they won decisively. My not-so-friendly rival Auburn University won but again was not really challenged. And my second favorite SEC team LSU got rained out. So it has begun.

Down here no lie, people walk around nodding at each other and saying "Roll Tide." That is our only indication fall is on its way. Here in the Gulf Coast region, fall comes much later in October, if then. 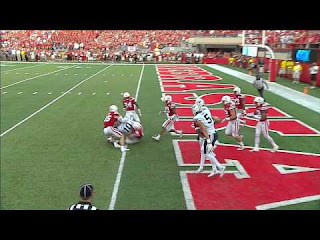 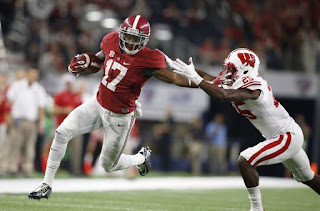