What Not to Get Someone Without Consulting Them First

by Wendy A. Jones

I know it's a little bit gauche to talk about the presents we get at Christmastime. I've spent the last couple of months pounding the adage "'tis more blessed to give than to receive" into my children's brains, so talking about all the great stuff I got and how spoiled I am rings a bit falsely on the inner bells.

Be that as it may, for the sake of this blog post I must persist: guess what I got for Christmas.

Well, a lot of you reading this are writers, so maybe you will. 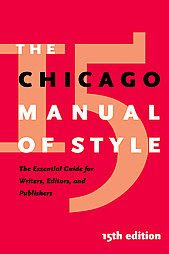 A Chicago Manual of Style.

Let me say that again.

A Chicago Manual of Style!

Some of you, perhaps even some of you writers, may be shaking your heads in confusion, or pity, or consternation, or a chaotic mix of all three at my excitement.

In fact, I'm sure my brother and his wife (who had my name for Christmas this year) shook their heads in exactly that way when I answered the question, "What do you want for Christmas?"

Which is possibly why my brother, sweetheart that he is, checked back several times before making the purchase. "You're sure that's what you want? Really?"

There have been times when I've tried to give up on this writing gig. Times when I think, "Shoot. Do I need to put myself through the agony of creation and then decimation?" There are hundreds of thousands of good books already out there. I'm under no false impression that I'm writing the Great American Novel. I'm no Harper Lee and no one will name their child "Atticus" after my noble hero--if he were named Atticus, which he's not.

But for some strange reason, writing has got me by the scruff of my neck and won't let me loose no matter how many times I kick it in the shins. Instead of fighting it with all my well-reasoned arguments, I'm embracing it. Along with my Chicago Manual of Style (which I used to clarify the present subjunctive in the previous paragraph).

Yes, it's really what I wanted.

I've found that when there's something you want, the best way of going about getting it is to ask. Because if we don't have any direction, a lot of times we humans think someone else wants what we ourselves would like. (Which may explain why I gave so many books for Christmas, or why my Aunt Margaret owns a fishing rod.) 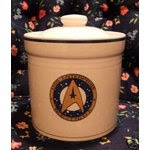 unless we hold Trekkie retreats in our uncle's cabin and have been asked to bring cookies, sometimes they don't get as much use as something else might.

P.S. Seriously, though--don't get anyone a Chicago Manual of Style unless they specifically ask for it, even if they are a writer. I'm not taking the heat on that one.

Posted by Wendy A. Jones at 6:01:00 AM
Labels: Life, Retired Bloggers, Writing