These days I enjoy the shortest commute I have ever had...about 7 minutes, a bit more if I leave in time to "catch" a school bus stop. However, I've discovered there is a small downside...I have a much smaller window to enjoy the radio. I generally listen to a semi local morning radio show called Rick and Bubba. I say generally because when they get into the hunting season, I tune out literally, and semi local because they are based out of Birmingham. I don't always like listening to this famed duo because they have a decidedly male pov, and yet, that's why I listen more often than not.

Today the topic was voting and voting ID. No, I am not going to make this a political discussion although in fairness I should say I support voter ID.

However, today in jest, they mentioned how on earth did women get the vote when at the time the entire political structure was composed of white men. I found myself laughing. How did we manage that one?!

I supposed when the founding fathers limited voting to property owning men they had a purpose in that. Since my forever love is hard-core history, I studied up on the subject years ago. I am sure there is more out there about it than there was when I had a chance to study it. What surprised me was their reasoning. And frankly I can't fault it...the property aspect that is. When you have to pay taxes on property, your attitude and feelings about candidates changes because it directly affects you. And nearly most of us pay some sort of property tax. When I lived in VA, we paid personal property tax...how they got that passed, I'll never know. But every year I had to pay for my "personal" property which in my case was a car. Kinda put a damper on buying new cars I can tell ya. I once went from a PP tax of $9.72 to $396.50. However, because, I did have to pay, I paid attention to who was running and at least what their stand on the PP tax was.

I think it would be hard to vote without knowing how it affects your future earnings, present property situation, or and maybe especially your family. Doesn't really matter at this point who gets to vote (as long as they only vote once of course), but that you vote. So go vote. Be wise. And let's make our founding fathers (and mothers) proud. 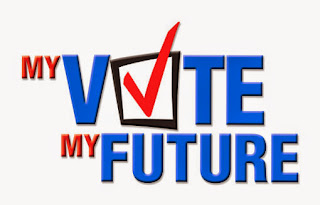