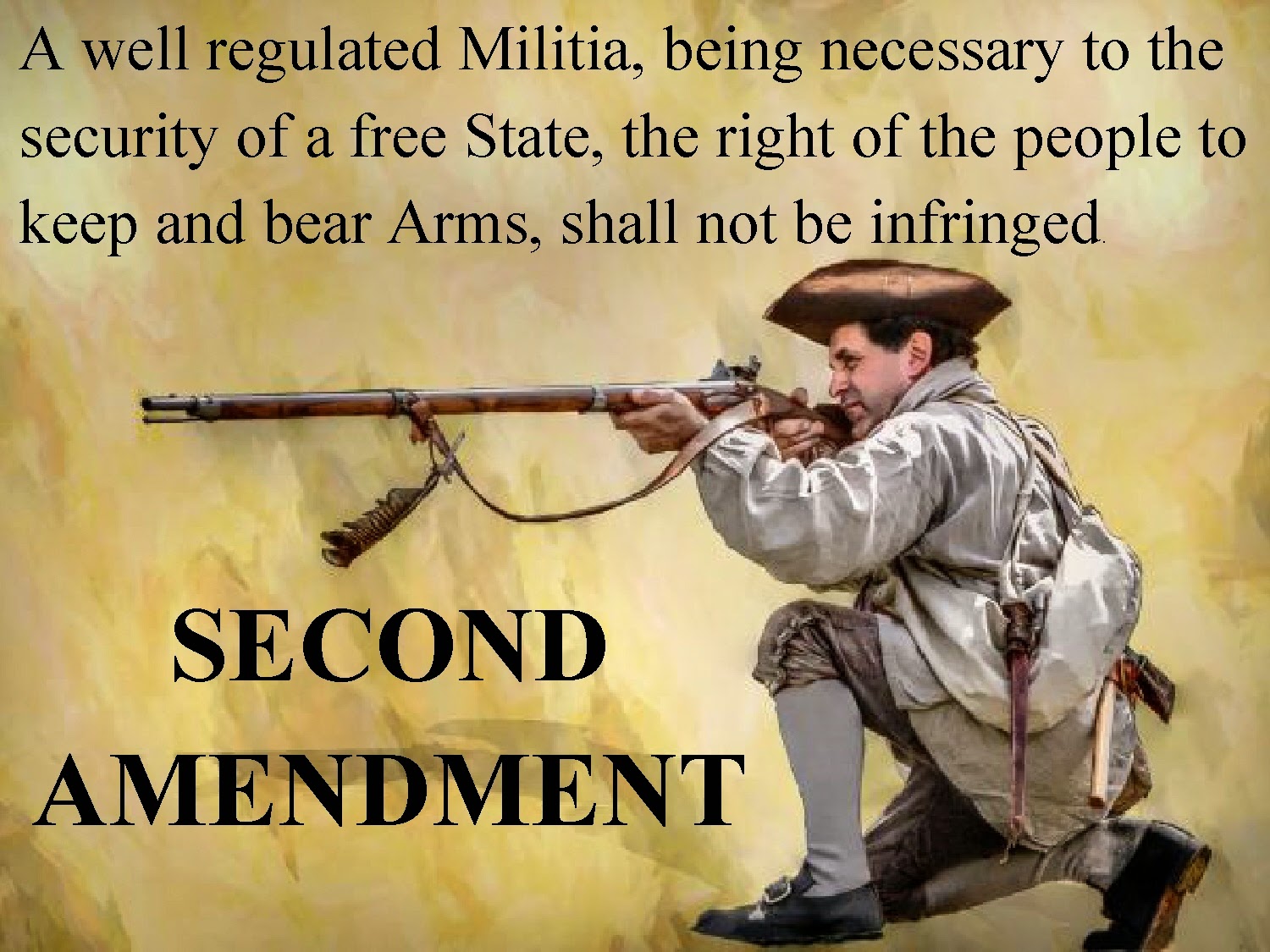 As Independence Day nears, I always think about my ancestors who fought in the Revolutionary War. My post last year at this time covers that. But a conversation with my son this evening gave me fodder for my blog post today about support for the Second Amendment.


I have to say up front, I don’t own a gun, I never owned a gun and am kind of afraid of guns. But my son owns several, and he’s living with me. So, there are guns in my house.


Tonight, my next-door neighbor, Burt, an elderly gentlemen native to northern Utah, knocked on my door. “Is your boy here?” (My boy is thirty-one.)


“We had a great conversation outside when he got home from work and I want to give him something.”


“Well, okay.” I called my son and he came and shook Burt’s hand.


“Here. I want you to have these,” Burt said and handed my son a couple small boxes of .22 shells.


Overcome, my son said, “Wow. Do you know how much these would go for on EBay?”


“No. I’m just glad I can give them to someone,” Burt said. “We had a great conversation and I realized we are kindred spirits. They’re just sitting around and I’d rather they be used and I know you said wanted to go shooting this weekend but couldn’t find any ammo.”


When Burt left, my son and I spoke about how, when our current president came into power, bullet prices sky-rocketed. He told me he could get a hundred boxes for about eighteen dollars at Sam’s Club five years ago. Now, nobody has them to sell—except EBay. I had no idea.


It’s a scary thought to think our country’s leaders would speak about the disarming of America. I think of my ancestors. The right to bear arms was one of the “rights” they fought for—and for good reason.


The Second Amendment to the Constitution states, “A well regulated Militia, being necessary to the security of a free State, the right of the people to keep and bear Arms, shall not be infringed.”


Those who don’t understand, and think disarming Americans is the politically correct thing to do, so people don’t get killed by guns, truly don’t understand what our forefathers fought and died for. The Colonists at the time, were asked to hand over their arms to the British government. This was supposedly to allow the British to govern and protect (read: overpower) them.


Our brilliant Colonial leaders—Sam Adams, John Adams, Benjamin Franklin, Thomas Jefferson, James Madison, and many others—saw the absurdity in that thought and it was eventually brought to bear in the Second Amendment to our Constitution.


The Second Amendment was added for our own protection from the government—a government which could, in the future (read: now), want to harm its own citizens and overpower them.


There were many times in the history of this nation that people were disarmed to prevent “insurrection” against the government. 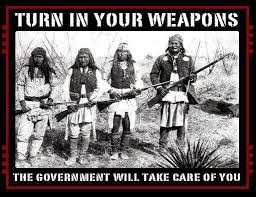 Once the angry mobs of Jackson County disarmed the Latter-day Saints, they forced them out of the state. The Saints fled to Illinois for refuge, where they were welcomed. Meanwhile, the mobs took their property and homes—at gun point, while the Saints' guns were taken, against the Second Amendment’s tenet.


Due to the Boston Tea Party in 1773, a proclamation went out from the British Parliament to its army to confiscate firearms and gun powder from the Colonists. This gun control/ban precipitated the American Revolution. The possibility of the government taking over its citizens with its own army was the impetus that forced the Colonists to armed resistance, eventually leading to all out war with its own mother country.


This is a very scary thought to me. As a student of history, I have to ask, “What have we learned? How hard do we have to be pushed?" We are being tested. The visual of the frog in the tepid water comes to mind. Docile and placid, it doesn’t realize the water is turning to boil until it’s too late. 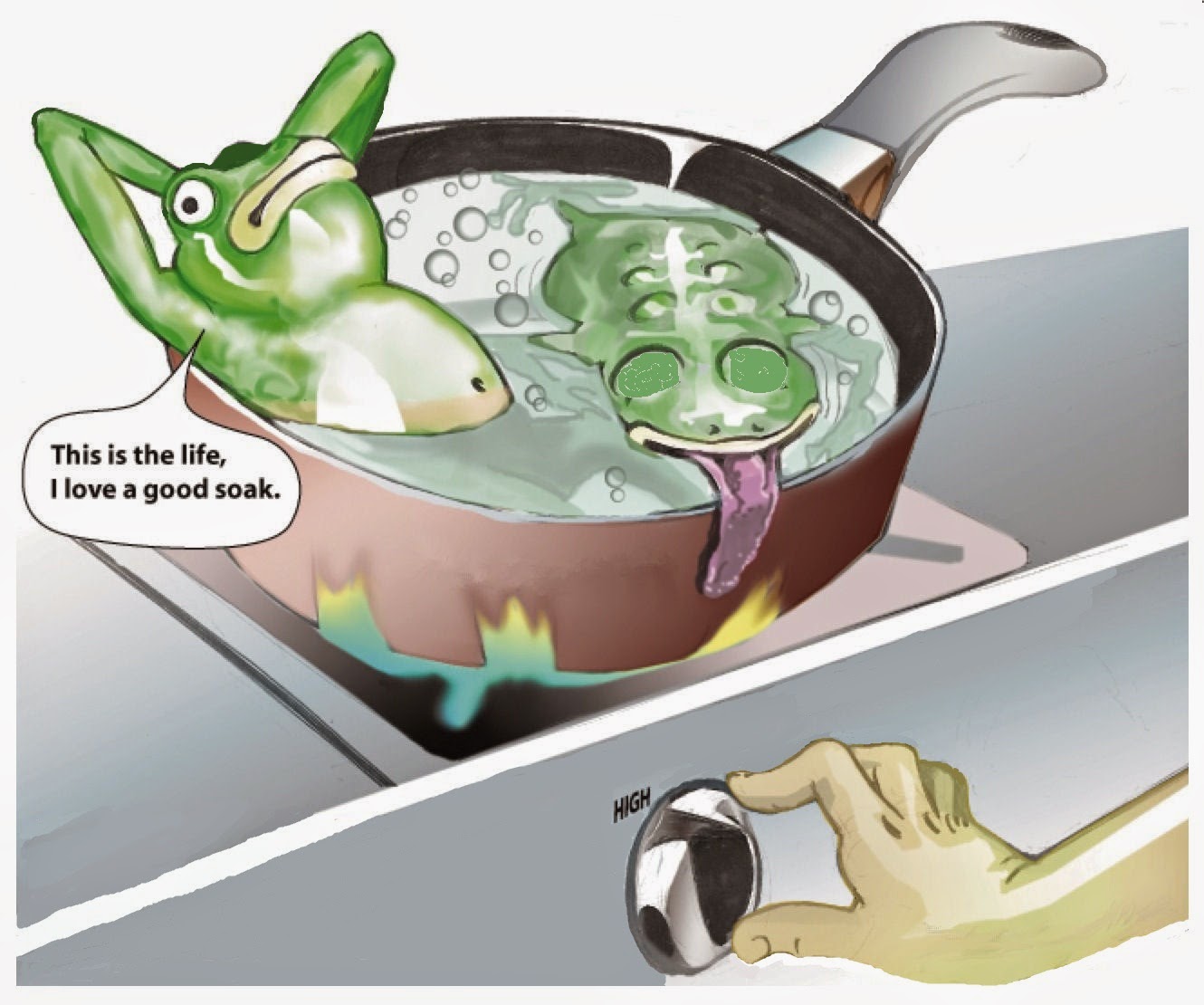 Another visual comes to mind of a different government which had the bright idea of disarming its people. 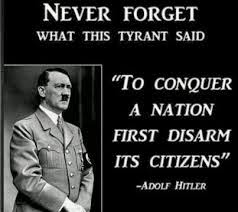 I am ever grateful to live in a free country. It’s free because somebody fought and died for its freedom. Soldiers continue to fight and die and defend us. They uphold the Constitution with their last breaths. We had three men in our congregation on Sunday speak about their service to our country. I was in tears the whole sacrament meeting, thinking of their sacrifice of family and life.


I’m not a political person. I am a student of history. I would hate to see history repeat itself. Please pray for our nation that we will remain free and its citizens will uphold the Constitution of the United States—and all of its amendments. The founders were wise.


I now return you to your regularly scheduled program.
Posted by Susan Knight at 12:00:00 AM
Labels: Retired Bloggers