That Time I Found a Four-Leaf Clover and Nothing Happened

“Ya know, I’ve never found a four-leaf clover. And I’ve looked,” I remarked to Aaron as I pictured myself at ten combing through clover patches in the park around the corner from my house.

“Oh. Are you sure? I mean, they would be a mutation. ‘Cause clovers should only have three leaves. But mutations exist,” I asserted, leaving X-Men intentionally out of my support case.

“Me either. I guess that’s why they’re lucky,” I reasoned. I found this picture here.

In the Redwood Forest admiring the gigantic trees dusting the clouds from the sky, Aaron and I shuffled along the tourists’ dirt path. Thick patches of clovers blanketed the forest floor, so I scanned their ranks to pass the time while the kids squealed, raced, climbed, and tripped around us.

“Wait. Is that a four-leaf clover?” Right next to the edge of the path, the clover waved up at me. Its fourth leaf was tucked behind one of the other leaves just enough that I couldn’t be sure until I plucked it from the ranks. I held the stem in one hand and fanned apart the heart-shaped leaves with my fingers. One. Two. Three. Four.

“Aaron, it’s like the clovers heard us talking and rewarded me for believing in them,” I giggled.

“Well then, leprechauns are definitely real,” Aaron teased, darting his eyes around the Redwood roots. And in that moment, I felt like I pinched faith from a two-year-old. I looked inward and saw a child hugging her good-luck charm, believing in leprechauns, magic, and eaves-dropping clovers.

My luck didn’t exactly change. My baby still woke up in the middle of the night. I still stubbed my little toe on the kitchen counter—twice.  I still gained four pounds after eating nothing but pies, cinnamon rolls, Costco muffins, and homemade vanilla ice cream for a week (go figure).

But for the rest of our vacation, I always said yes to ice cream with fresh peaches. I sat on the floor just to snuggle the dogs. I played with my daughter’s princess sticker book while she napped.

And I felt pretty lucky. 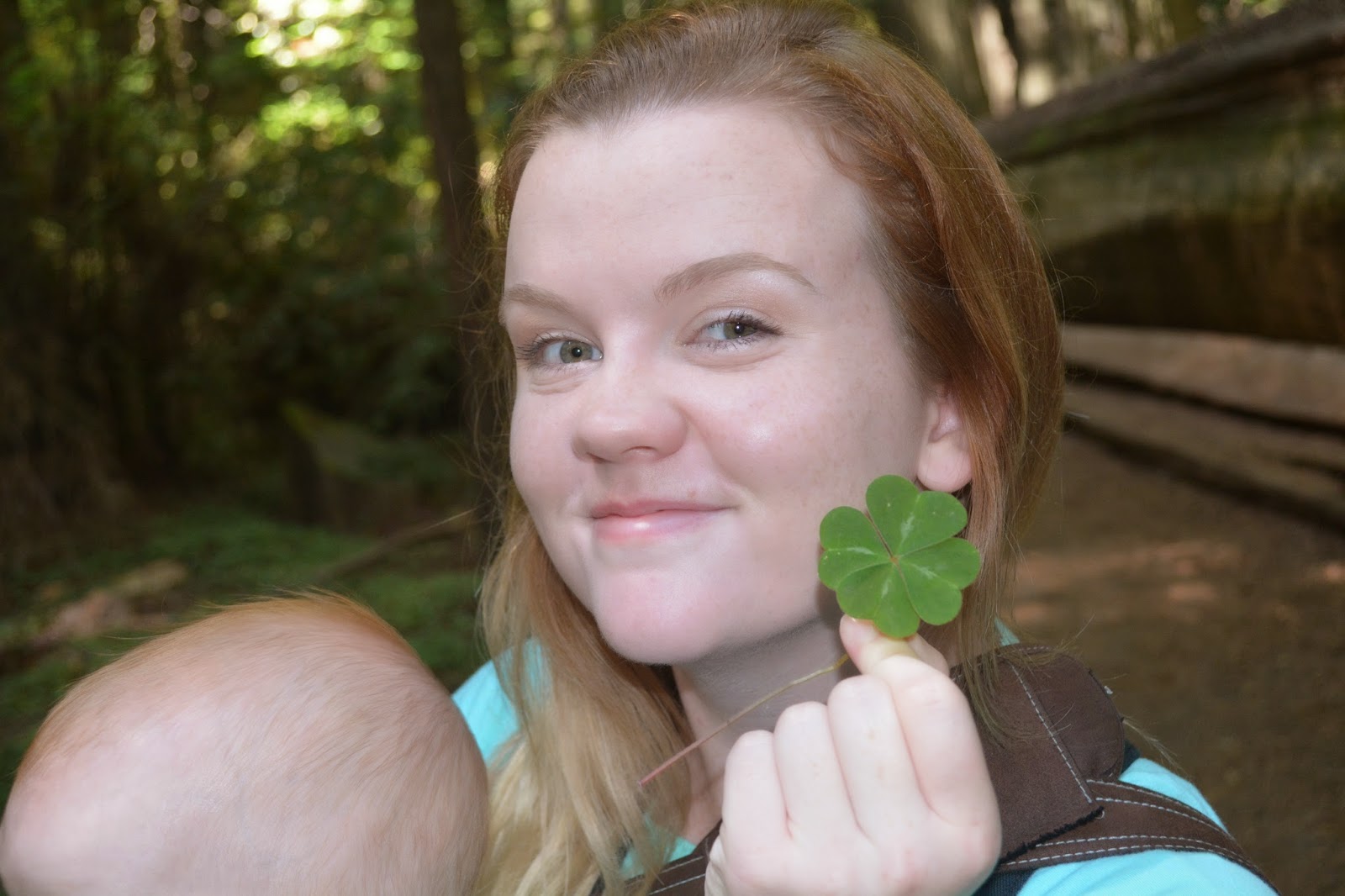 Posted by Unknown at 12:01:00 AM
Labels: Other Things, Retired Bloggers