It's amazing how a single, destructive phone call from a stranger can jerk you from your happy life and put a stranglehold on your thoughts. But that is what happened last week when out of the blue a woman I didn’t remember called me on a Sunday evening and told me I had hurt her feelings—three years ago.

Three years ago? What?

As I listened, I was amazed at the anger I heard seething in her soft voice as she struggled to remind me of a meeting we had attended together. I only recalled parts of that meeting, and then only vaguely. It was a Relief Society presidency training meeting, and we were in the “break-the-ice-get-to-know-each-other” part. I was very uncomfortable being there to begin with because I’m debilitatingly shy, and, as usual when I am anxious, I joke around to cover up my feelings.

Forty-nine-year-old Sister Grudge (I gave her a secret name in case you happen to know her, and boy, would that really come back to bite me if she found out about his post,) took the flippant remark I made very personally. What I thought was a silly joke wasn’t to Sister Grudge, yet she didn’t say anything to me about it then, nor the next day when she saw me in the cultural hall of the church setting up for someone’s wedding reception “with a Dr. Pepper in my hand,” as she pointed out.

I quickly knew two things: one, she judged me about drinking a soda with caffeine, and she was very, very mad at me for making a remark about how “little” she was. Yes, I said something to the effect that she was small, or little, I can’t be certain because it was three years ago, and I can’t rely on Sister Grudge’s memory because over time a person’s anger can morph memory also. Let’s get back to being small or little. I am danged near 6 foot tall. Everyone is smaller than me! Or at least 95% of the female population is shorter than I am, so I was making more of a self-deprecating joke on my height than anything else, and if she had said anything right then, I would’ve been able to explain it from than angle. Or, she must’ve seen the smile on my face when I said the stupid remark. I wouldn’t have said something so silly without smiling, but then I don’t remember that either—the whole time-lapse factor thing again.

I apologized to her over the phone. I pretty much begged her forgiveness and tried to explain that I didn’t say it intending to insult her, but it was a stupid mistake on my part if it came across to her like that. I apologized six times. But I could tell she was still angry with me, even after three years when she suddenly spewed out, “I hate you, I hate you, I hate you!”

I know I should’ve stopped her right there and scolded her like an impudent child, instead—

I apologized to her again, with tears in my eyes that time.

By the time the phone call was over, my insides were so twisted, the pain I felt was very physical. I cried as I explained to my husband what the call was about. He came in on the last part, and had heard very little. I rarely see him incensed, like he was then. But we talked things through, and he rationalized her poor behavior on low self-esteem. I knew as much. Sister Grudge had told me she had issues with that growing up. I had apologized to her again.

So when does my obligation end?

I never intended to hurt Sister Grudge’s feelings in the first place, yet I accidentally did with a careless remark. Did I sin? She made me feel as if I had. This woman didn’t drop out of the church, blaming me for her inactivity. No, she is a leader in one of the auxiliaries. Before bed that night I prayed to Heavenly Father for his forgiveness, too. And for His help in Sister Grudge’s healing. But that didn’t help me sleep that night, or the next night, or the next night, or for the rest of the week. I couldn’t turn my brain off. Her words kept running through my head, and the words I should’ve said to her kept running after them.

I said something that hurt Sister Grudge’s feeling, no doubt, but it wasn’t on purpose. If Sister Grudge’s intention was to inflict the same pain she’s been harboring for the past three years, then she did a mighty fine job. It’s been almost two full weeks since that unexpected phone call, and I will still lay awake and “rewrite” what I should’ve said to her after she told me she hates me. 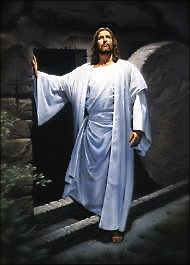 In D & C:61 verse 2, it says, Behold, verily this saith the Lord unto you, O ye elders of my church, who are assembled upon this spot, whose sins are now forgiven you, for I, the Lord, forgive sins, and am merciful unto those who confess their sins with humble hearts;

I know I am forgiven, if not by Sister Grudge, then by Heavenly Father through Jesus Christ’s atonement.

Now Sister Grudge needs to be forgiven of the pain she intentionally inflicted upon me with her bitter words when she deliberately picked up a phone and called me.

Does she even know it?