“The walls have fallen”—figuratively speaking! 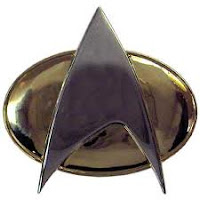 
If you don’t know what I’m talking about, that’s okay. It just means you’re not a Star Trek fanatic, specifically—the Next Generation series. In this one particular episode Captain Jean-Luc Picard finds himself stranded on a planet with the ambassador of another world who Picard can understand through their nifty universal translator, at least he understands the English words he hears, but the ambassador seems to speak in nonsense. Of course they don’t trust each other, but there is a common threat nearby. An invisible monster attacks without warning, injuring the ambassador. Picard must protect both himself and the injured man through the night, and in doing so they establish a bond. Over time, Picard begins to realize the ambassador’s world communicates in metaphors. He recount tales of great wars, of hero’s triumphantly winning, of sad, life-changing events. After listening to the man spin tales, “the walls have fallen,” for Picard, or in other words, he now “understands.”

What does this have to do with writing? I’m glad you asked. I so love questions!

I went to the ANWA Conference on February 23, 24, and 25th, and for the first time ever my husband actually went with me—to a writer’s conference. Yes! He did! And although I couldn’t talk him into taking any classes, he did want to attend the luncheon on Saturday because he knew I had three BOB submissions. Two of them were in the same Romance category and one was a general fiction. And after my name was called—twice, in the same category, I really wished he could’ve attended, even if only to see me get my picture taken with my awards. At least I have the 2nd and 3rd place certificates to show him.

But more than that, I had all you wonderful ladies to show him that I am not a fluke of nature. That women like me do write, and although there may not be a dozen Stephanie Meyers walking among us, that doesn’t matter. We all have our dreams, and writing is a huge part of who we are.

After our three-day stay at the beautiful Hilton, my dear, sweet husband’s attitude seems changed. It has gone from, what? Disbelief? His unwillingness to accept the part of me he can’t necessarily see, to becoming involved in it in ways I’d only hoped. Peggy Shumway’s class on writing an ancestral biography had me so pumped up that both my husband’s and my computers are bookmarks to two different sites were I can get information on my GGGG Grandfather Edson Whipple, including The Mormon Overland Travel database. Click here and you too can find out if your pioneer ancestor has been noted in one of the companies’ journals. My husband even is considering co-authoring Grandpa Edson’s memoirs with me. I’d say that is complete understanding, or “the walls have fallen.”
Posted by Debra Erfert at 7:00:00 AM
Labels: ANWA Events, Relationships, Retired Bloggers, Writing