New Years Past and Present 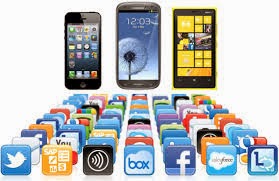 In times past, I used New Years Day to compile my personal journal. Before Facebook or phones had an app for that, I went through all my saved emails and made them into an e-journal, a Word document, i.e., Susan’s Journal 2013. It took me all day and then some. I found I received the most emails from my sister, Kathy. Second most were from a second cousin, once removed, with whom I researched our genealogy.


I don’t save emails anymore, my sister and I text instead of phone or email, and since I’m working full-time, I don’t have time to do family history research anymore. I don’t really receive that many “good” emails either. I now have a memoir blog that I post to occasionally so my kids will know me and the events of my life. I live for Facebook because, since I moved out west, I can stay connected to my family back east. It’s my life line. I barely Twitter. I have stopped myself from Pinning, and don’t quite get LinkedIn. Google+ eludes me, I don’t play games and don’t want to, and I mostly use my Kindle Fire for reading books. I’ve just discovered I can do more things with it. I am learning, but slowly.


Times have changed, and in just a few short years.


While writing my book, and it’s been four years since I started it, I’ve found technology to have changed so drastically that my MC can’t be a wimp about using a cell phone, or avidly use a CD player. I have her utilizing her land line to call people. That type of use has dwindled. In fact, when I started my job here three years ago, I made up the phone list and everyone had a home phone and an alternate phone number (cell). Now everyone has a cell phone number as primary contact and only a handful have home phone numbers at all. Three short years!


Even though I have a dumb phone and don’t own an iPod or an MP3 player, I guess I want to feel my characters have evolved with the times. Why do I feel that way? Maybe I just want all generations to be able to relate to my characters’ lives. If my MC can’t have a smart phone, at least the younger characters in the book should. Problem is, I don’t know how these techno-savvy appliances work to be able to write about them—and I can’t afford to purchase them to find out. I would like a smart phone, but I would also like to pay my electric bill. I fall into the old and poor category (see above), but . . . I haven't succombed to the temptation yet. I like heat and hot water too much.


No, seriously, what am I supposed to do?
Posted by Susan Knight at 12:00:00 AM
Labels: Learning, Life, Other Things, Retired Bloggers, Technology, Writing