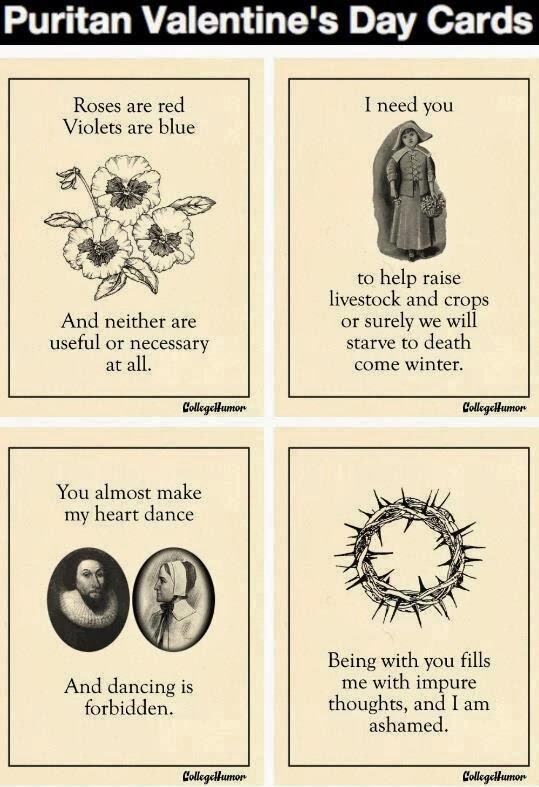 I couldn't resist. These crack me up. Which one is your favorite?

So why is the day of the martyrdom of St. Valentine celebrated with hearts, flowers and greeting cards?

There is only legend. One story, of many I found, that comes close to why we do what we do on February 14 is that Valentine, a priest in third century Rome, was in prison for secretly marrying couples so the husbands wouldn't have to go to war--a capital crime since there was a shortage of military personnel at the time. When he tried to convert others to Christianity, this further angered Emperor Claudius, who ordered him put to death. They tried clubbing him to death, stoning him to death, and, when that didn't work, they cut off his head on February 14, 269 A.D.

Before his execution, he healed his jailer's daughter of blindness. He left her a note that was signed, "From Your Valentine."

February 14, the day of St. Valentine's martyrdom, was first associated with romance by Geoffrey Chaucer. In the 18th century, it evolved into the occasion we still celebrate with hearts and gifts.

I hope everyone has a Happy Valentine's Day tomorrow. It's a weekend. Celebrate to the max. 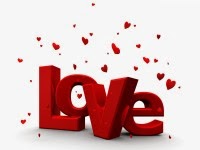 BTW, I think my favorite Puritan Valentine is the dance card.   s.m.i.l.e.
Posted by Susan Knight at 12:21:00 AM
Labels: Other Things, Relationships, Retired Bloggers