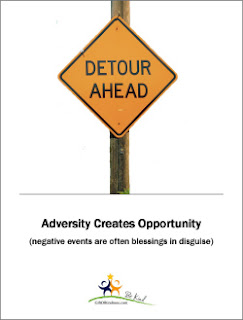 I’ve been going through some tough stuff. And I’m trying my best to really focus on Heavenly Father’s will for me. I know many of us are going through trials-- no one is ever alone in suffering. While out of town I visited a ward website to check the times of church, and came across a talk/message by Scott Diquattro. It was exactly what I needed to hear.
Afflictions can either be stumbling blocks or stepping stones. Adversity tends to lift some closer to God while it pushes others down and drives them further from God.
It’s inspiring how Nephi (Book of Mormon Prophet) remained grateful to the Lord in spite of his many afflictions-- and with remarkable resolution. Nephi began his record by declaring that he had “seen many afflictions in the course of his days,” but was then quick to add, “nevertheless, having been highly favored of the Lord in all my days . . .” (1 Nephi 1:1). When Nephi was bound by his brothers so tightly that he “could not move” (1 Nephi 18:12) for four tumultuous days of life-threatening sailing, with his wrists and ankles painfully swollen (1 Nephi 18:15), he described his attitude: “Nevertheless, I did look unto my God, and I did praise him all the day long; and I did not murmur against the Lord because of mine afflictions”

Nephi remained grateful in spite of his afflictions. This seems to be a quality of those who are lifted up rather than weighed down by their trials. Acknowledging the Lord and His blessings in his life, even in the midst of affliction, may well have helped make it possible for Nephi's afflictions, like his brother Jacob's, to be consecrated for his gain.


Elder Richard G. Scott stated, “The reason for adversity is to accomplish the Lord's own purposes in our life that we may receive the refinement that comes from testing.” I firmly believe that heartache and struggle were divinely designed to stretch us to where we have nowhere else to turn but to God. I have come to understand that He prepares us against the refining and redeeming afflictions of life and leads us to lands of promise with His incomparable light. He invites us to flee the things of this world so that we might become separate from sin and one with Him. This, I have learned, will allow our hearts to become more attuned to receiving the further gift of revelation.

I totally needed to hear this, it struck home to me and helped me keep an eternal perspective and remember to turn to Heavenly Father and rely solely on him … one day at a time.

Posted by Krista Darrach at 12:43:00 AM
Labels: Life, Retired Bloggers