by Cindy R. Williams
I finished what I thought was the first book of my Thundertail's Tale Series. It came in at 200,000 words. YIKES! I immediately found a good halfway point, and it divided it into two books. I did have to beef up the climax battle scene, and then spin some new threads but it works great. I also chopped words because I'm not of the mind that I will be able to publish a 100,000 first book in a series. In fact, I don't really have much of a mind anymore, but back to the topic at hand. After writing essentially two whole books why in the world can't I write a dazzling one page single spaced query?
I have agonized over this query for three weeks. I have research and printed off and studied blogs and articles on queries from successful authors, agents, and writing friends.
I have woken up in the middle of the night with what I thought were brilliant ideas for my query only to jot them down and read them in the light of day to find they were horrid.
Why in the world is this sooooooo hard? I have my two protagonists, one, a 10 year old boy with acrophobia who loves dragons, and the young dragon with his own issues of being the only dull dragon of the clan. The boy rescues the dragon from the sinister, bad guys. There are fairies, mermaids, goblins, shibber goyls, bodochs and cyclops. He and the dragon must forge a friendship and go on a quest to battle the bad guys and save the world. Now why can't I write a brilliant pitch that will impress an agent and convince them that I am the next big thing?
I'm going around and around in "Query Nightmare Circle" where it has all become a blur and I just want to go for a walk around the block, eat chocolate, take a nap, preferably all at the same time and just plain forget about it. 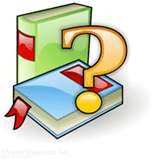 I looked up Query: It's both a noun and a verb. It says: query is a request for information, a doubt or criticism, same as a question mark, to express doubt or objections about something, to ask something or ask a question. Okay, my question is "Will you please represent my novel about a boy, a dragon, magic and choices." There, I said it, now I'm done right? Wrong!
Jeff Savage, or J. Scott Savage as he's known to his fans, told us at our ANWA Writers Conference to make a list of 20 agents, then send your query to the bottom five. When you get responses back, tweak your query, then send it to the next five. Keep it up until you have a compelling query to present to your top five agents. Novel idea, pun intended, but I'm afraid you have to have some kind of a coherent query to start this process. If you read this Jeff, HELP!
I have come up with ten different versions of my query, and am not completely happy with any of them. I'm going to send them into the query boot camp at LDStorymakers Writer's Conference in April to be analyzed and shredded. I am actually looking forward to this and I'm willing to shelve my ego, or what is left of it for the sake of making some sense of my query. One good thing has come of this. One of my queries was so detailed and so long that I think I have my synopsis, or at least the first full draft. Uhgggg, my synopsis. That's another can of worms to be dealt with next.
I just sent all nine queries and the one query/synopsis to the leader of the query boot camp. I sure hope she can think a whole lot clearer than I can and see the differences. I'll write another blog after query boot camp to share what I learned and what my query turns out to be. In the meantime, it's time for some chocolate and a walk, then a nice nap.
Posted by Cindy R. Williams at 4:49:00 AM
Labels: Cindy R. Williams, Marketing, Writing