By Wendy A. Jones 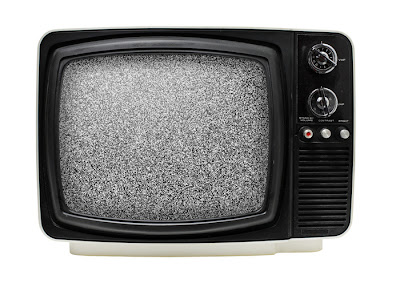 Three days ago, I loaded up my cable box and remote and drove it back to the dealer. (I'm not even going to mention four days ago, when I spent at least 30 minutes disconnecting the dang thing and trying to untangle the cords that seemed to cling to their brother in technology most tenaciously.) I waited in line for probably 20 minutes, then plopped my box in front of the kind employee.

"I called to cancel my cable service a few days ago," I said.

He nodded and scanned the bar code on the back of my cable box.

"Originally I agreed to keep the basic channels, but I've changed my mind. I want you to cut me off entirely."

It was so easy!

I was expecting some kind of selling to go on, and I had prepared myself to be strong. He didn't even put up a fight.

When I walked out to my car, there was a spring to my step and a lightness in my heart. In fact, I may or may not have burst into song and dance right there in the Comcast parking lot.


Why the lift? Why the joy? Seems a little out-of-proportion, don't you think?

Well, here's my analysis. I have wanted to get rid of cable for awhile now--a long while. A year at least, or maybe even two. By finally taking that action, I released some positive emotions. Not only that, I paved the way for my kids to make conscious decisions regarding what they're watching.

Too often, I would find one of them plopped in front of the tv, watching "whatever was on."

They allowed themselves to be acted upon instead of acting for themselves.

We still have Netflix so it isn't as though they can't still watch television once in awhile--they simply have to be more aware of what they want to see.

In writing, it's the same way.

You can't have a hero who sits back and watches whatever is on.

In order to be a hero, the hero cannot be a perpetual reactor.

The hero must take action!

I suppose that could explain my joie de vivre coming out of the cable company. Now all I need is a cape and a theme song.